High Lord Wolnir is a boss enemy in Dark Souls 3. This colossal skeleton is imbued with deadly darkness and commands an army of skeletons to his defense.

Wolnir is a deceptive boss to fight. On the one hand, he can be very easy if you know how to beat him, but conversely he has several attacks that can kill you very quickly. The key to the fight is breaking the shackles on his wrists. He has a huge pool of HP and while it's perfectly possible to kill him without breaking the shackles, it's not advisable. Each shackle breaking takes 1/3rd of his HP away.

When you enter the fight, make a bee-line for his right hand (your left). This shackle is the hardest to break as he moves this arm a lot and only attacks with it when he has his sword in play. Take a strong weapon and two hand it to deal maximum damage. He tends to keep his right arm near to his rib cage which Is covered with a localised dark cloud. Be careful when attacking this shackle as you can easily take damage from the cloud. If he somehow manages to get you cornered in the other side of the arena, don't be afraid to go nuts on the other shackles in an attempt to force him back.

Once you have broken the right shackle, move to the left hand and continue trying to break the other shackles. When you've broken a shackle, Wolnir will start summoning skeletons of varying stature, from regular skeleton soldiers all the way up to bonewheels. You can largely ignore these enemies as his Melee attacks will normally kill them. Only engage them if they're likely to do any damage to you. Focus instead on the shackles.

During the fight, if he lifts his head right up, run to the back of the boss room as he is about to breathe his dark cloud attack. This will deal enormous amounts of damage very quickly to you. Once he's done this attack, he'll claw his way closer to the back of the room. When he's as far up as he can go, the breath becomes a major issue. Instead of running to the back wall which will still result in death, run between his head and his ribs. The cloud attack moves forwards from his mouth, not backwards. There's only a small sweet spot where you won't take damage so be careful.

Lastly, when he brings his sword out, roll under the swipes to avoid taking damage. When he dismisses it, he will smash it into the ground and cause an AoE attack. This does physical damage and is largely unavoidable, so when you see him go to stab it into the ground use a 100% physical damage reduction shield. It'll stagger you, but you'll not take damage from the AoE.

Start by moving towards Wolnir to prevent him pushing you against the back wall early on. Proceed to target Wolnir's golden bracelets (either side) and move in close, hit him a few times with a Farron Flashsword or Soul Greatsword then back off as he will attack now. Roll back to dodge his attacks then simply attack his bracelets once he places his hands back down.

Quickly target the next bracelet and get some good hits in (run up and Farron Flashsword/Soul Greatsword or Heavy/Great Soul Arrow from a distance) then be prepared for his next attack (watch carefully for his deadly breath attack, get as far away as possible to avoid it) while avoiding the skeletons that have now spawned. Wait until Wolnir wipes the skeletons away and continue the onslaught from afar or close-up. Rinse thoroughly and repeat.

All you need is the spell White Dragon Breath and your standard Sorcerer equipment. When you enter the room, run to the far right side and target his left (your right) hand. Position yourself so that his bracelet is between you and the white target dot and cast WDB when his arm is down. After 2 full hits the bracelet shatters, rinse & repeat with the remaining ones. If you are quick enough he won't spawn a single enemy, the whole fight you see in the video above was over in 60 sec. Sadly this only works on NG+ because you get WDB later in the game.

With Great Chaos Fire Orb and +Pyromancy rings (Great Swamp Ring, Witch's Ring and Fire Clutch Ring) you can use both the initial damage burst as well as the short-lingering lava to break the shackles with little to no effort. As you enter the room, grab the tome and head to the left side of the room. Attack and break his right (your left) bangle before you move to the others since it's the hardest to hit and keep track of. Once you break that bangle, it's very likely he will either crawl up the hill or raise his head up to use his cursed breath attack. Just stay back and make your way to the right side of the room to his left hand and repeat the process on the remaining bangles. If he summons skeletons, your Great Chaos Fire Orb will make short work of them. Once you break 2 bangles, they become much stronger, so take out his right hand first! Make sure to dodge the hand strikes and move away from Wolnir's sword as well as his fist strikes and swipes and you are home free! 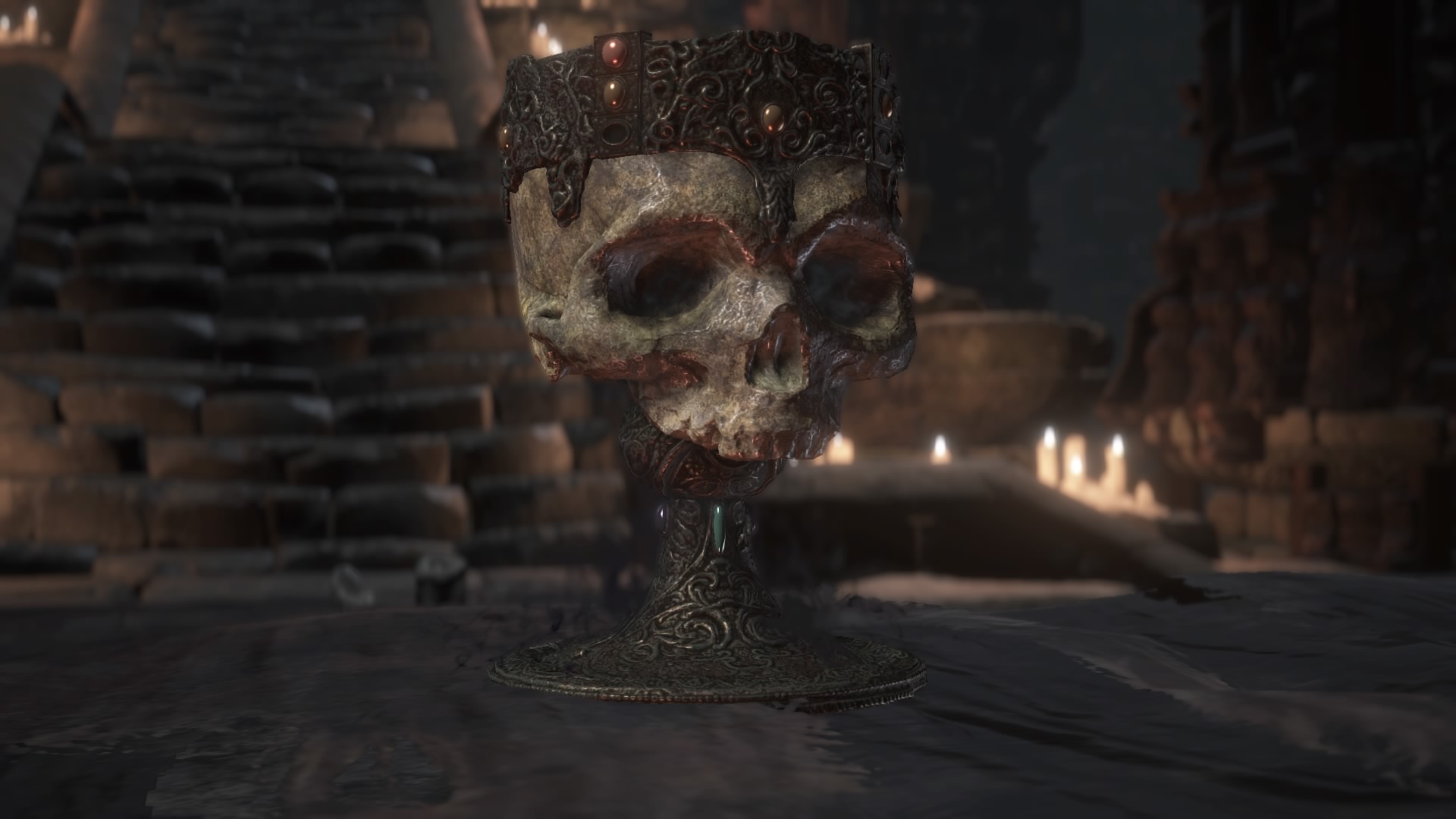 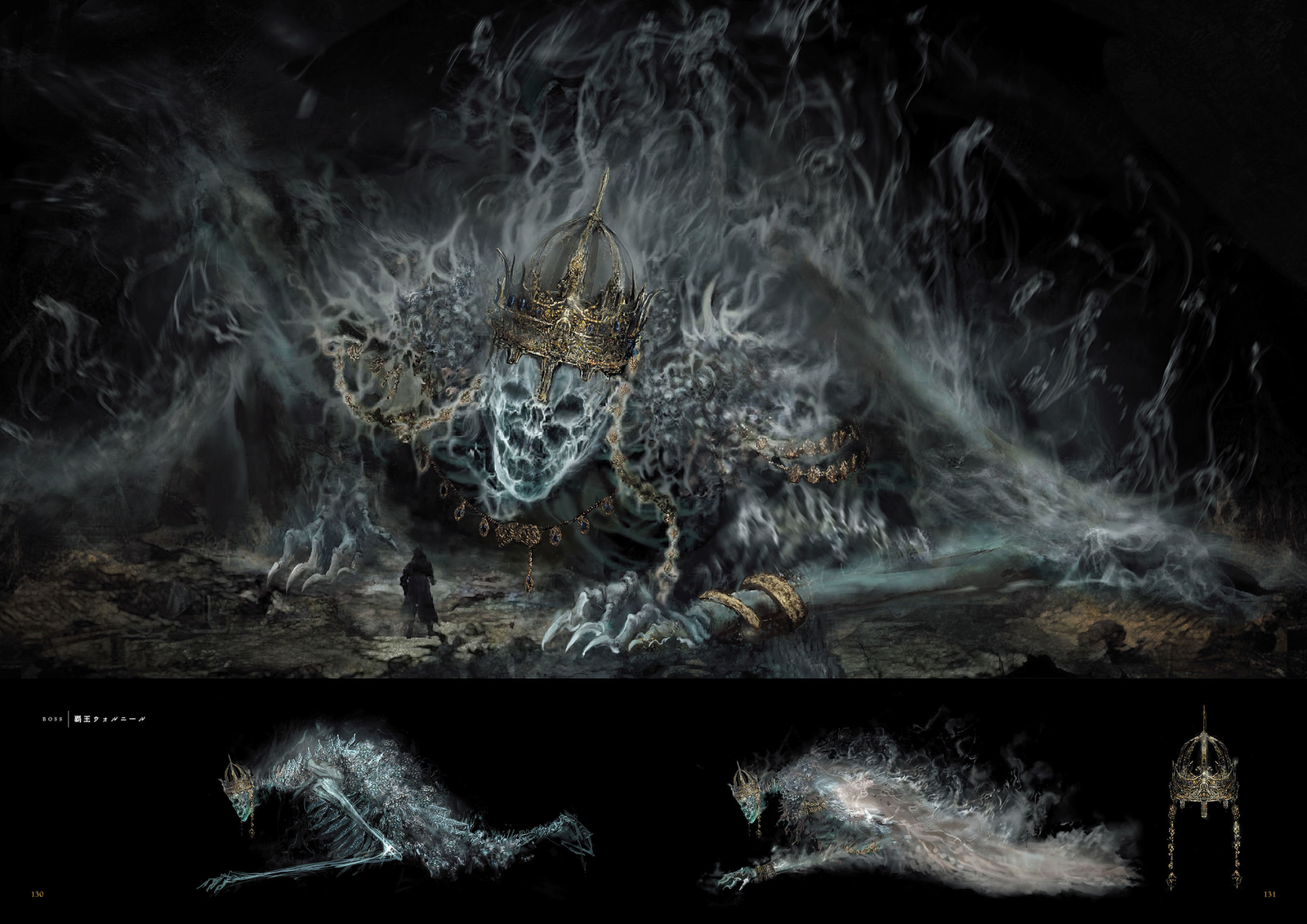 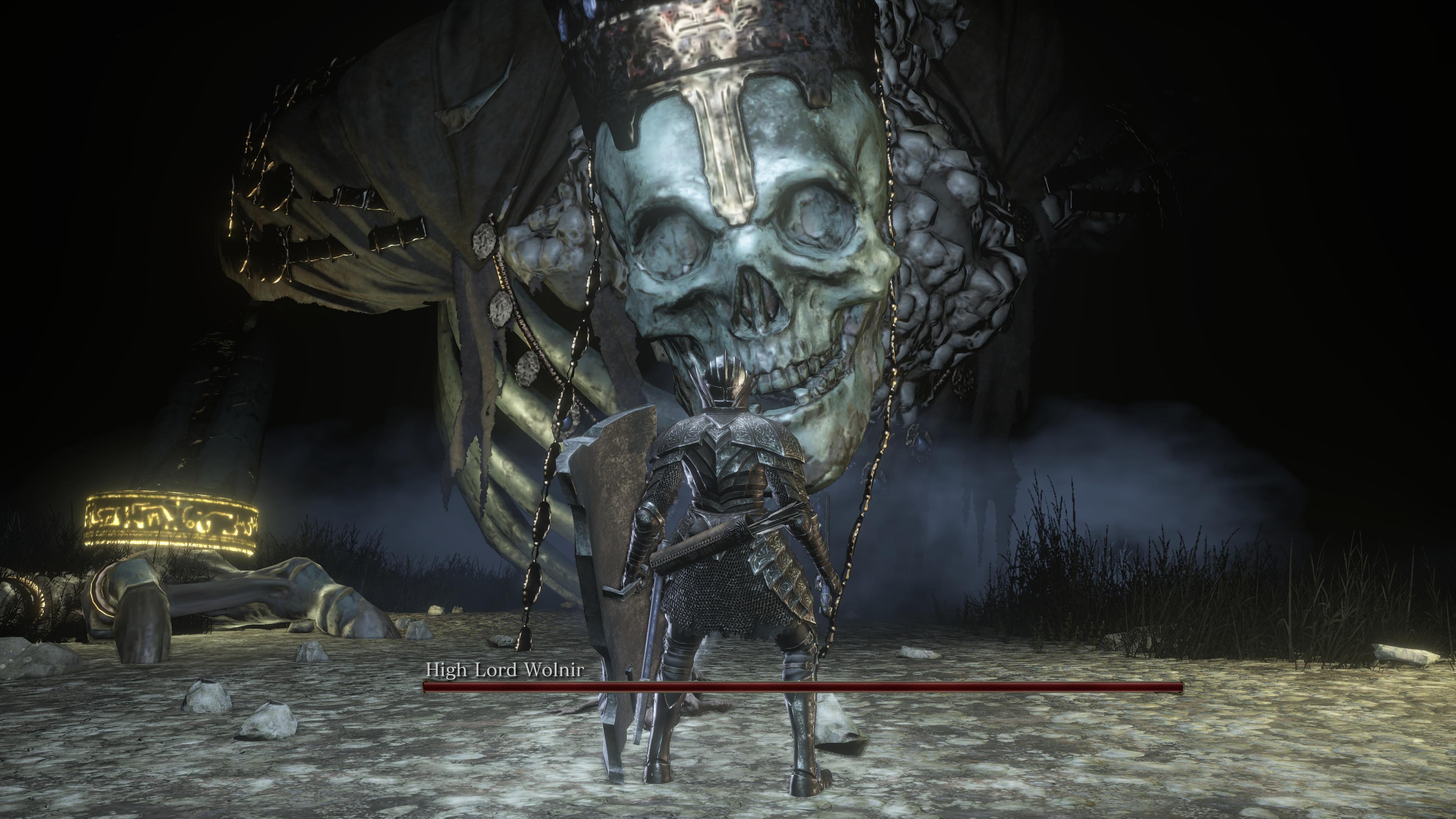